The LS3/5A is a ‘hall of fame’ product which has transcended its workmanlike roots as a ‘utility’ loudspeaker and has become a Hi-Fi legend in its own right.

The world of technology and Hi-Fi moves at a rapid pace; this was especially so in the ‘boom years’ of the 1970s, and so it’s strange to find a design from that era, which is still being manufactured, unchanged, today.

The LS3/5A loudspeaker is just such an item, however; born from a BBC specification for a utility speaker, its fundamental qualities have endured through into the 21st century. So it is then, that the LS3/5A is the subject of this week’s Audio Affair Special Feature.

Birthed by The BBC

Broadcast sound engineering calls for very high-quality reference loudspeakers to monitor both the content and quality of the broadcast output. Whether in the broadcast gallery or on location, having an accurate, repeatable broadcast reference, is essential.

So it came to pass then, that in the 1970s, the BBC Engineering Department, under the stewardship of Dudley Harwood, began the search for a small monitor loudspeaker for use in tightly confined spaces. Whilst a number of commercially available loudspeakers were available, none were deemed fit for the purpose.

None of the commercially available loudspeakers trialled possessed the key qualities of neutrality and natural sound reproduction with a good overall dynamic range; It was decided that a ‘clean sheet design’ was required. The loudspeaker design which was born from this requirement was the LS3/5.

An initial batch of LS3/5 loudspeakers was manufactured and found to perform adequately, so much so another batch was drawn up for order. However, it was found that the drive units used in the original LS3/5 design had now been modified by the manufacturer.

The change in driver specifications required a redesign by the BBC Designs Department, and the revised loudspeaker bore the specification and designation which has now become legendary: LS3/5A 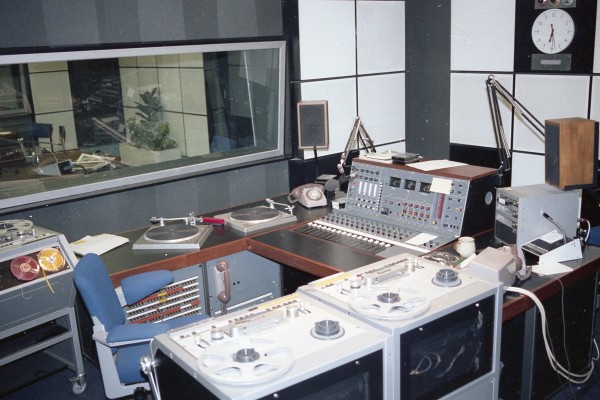 LS3/5A loudspeakers in a typical environment at the BBC

LS3/5A – One Specification -Many Manufacturers

The LS3/5A is unique in so far as it can be found bearing the names of many different manufacturers: Rogers, Spendor, Harbeth, Goodmans and KEF (to mention a few) all manufactured the LS3/5A at some point. KEF, however, had rather more of a hand in the LS3/5A than one might at first imagine….

Whilst the LS3/5A was indeed, a BBC design, it utilised ‘off the peg’ drivers manufactured by KEF; these drivers, the B110 and T27 had somewhat humble beginnings, being used in KEF’s Coda range of loudspeakers. However, the LS3/5A always has been a loudspeaker which is more than the sum of its parts.

The original BBC design was very specific regarding materials to be used in the construction of the loudspeaker cabinets: 12 mm birch plywood was to be used with every joint strengthened with beech braces.

The BBC were especially concerned with the effects of resonance and coloration and hence those very specific wood types and specifications were specified to prevent interaction with the resonance of the bass drivers.

The crossover, too, was built to very exacting BBC specifications: high quality screened air-gap inductors and film capacitors of tight tolerances were specified. Whilst this led to higher costs due to the production reject rate, it did ensure that each LS3/5A was very closely matched to another LS3/5A regardless of age or manufacturer. 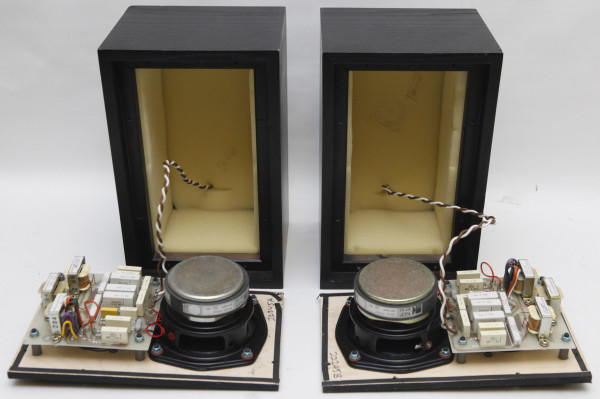 Life beyond the Broadcast Truck

The LS3/5A fulfilled its design remit perfectly, as an acoustically neutral monitor loudspeaker, ideal for use in outside broadcast environments such as location vehicles. Indeed, the author happened across an LS3/5A as recently as 2009, still in use in an ex-BBC radio microphone truck.

What was immediately striking, even in that environment, was just how clean and distortion-free the LS3/5A was. Powered by nothing more exotic than a generic solid state power amplifier, the cabinet beaten and stained from years of abuse, here was an LS3/5A doing the job it was designed for, decades on.

So how did a broadcast ‘tool’ make the jump from a utility speaker, to being such a cult Audiophile component, prized by audio enthusiasts globally? What made this little unassuming ‘bookshelf’ type speaker so special and revered?

Thanks to the BBC’s approach to licensing the design, the LS3/5A was available to purchase on the open market. Whilst considerably more expensive than most conventional ‘bookshelf’ type speakers, thanks to the labour intensive construction and testing, it none the less grew a cult following.

A 1984 review in Stereophile noted that: “The imaging is still exceptional, with excellent focus across a wide soundstage. Midrange transparency and clarity are still very good by today’s standards, and the speaker really excels on vocals“. That perhaps is as good a summary of the LS3/5A as any.

Never a speaker which will rattle your fillings loose, nor one with massive power handling (the LS3/5A’s are known to shine with Valve Amplifiers) the LS3/5A possesses a very ‘BBC’ sound. Refined, honest, transparent but not especially Rock ‘n’ Roll – rather like the BBC itself in the 1970s!

The LS3/5A’s consistency and repeatability, however, led to them becoming a reference speaker of a different sort. It’s said that many Hi-Fi reviewers owned a pair to use as a test reference, thanks to their honesty and dependability. Once again, a very BBC loudspeaker.

Vintage models of the LS3/5A are highly sought after, and, as is often the case with quintessentially British, quality items, hugely desired by the Japanese who have driven prices of vintage units up dramatically. Thankfully, new production LS3/5A loudspeakers are still in production, perhaps most notably by Stirling Audio.

Stirling Broadcast initially began as a broker for ex-broadcast equipment; as such, they became very acquainted with the LS3/5A from dealing in, repairing and servicing original LS3/5A’s.

When Rogers, one of the most prolific producers of the LS3/5A, went bankrupt, Stirling Audio purchased the stock of LS3/5A components.  A license was obtained from the BBC and Stirling Broadcast became one of a select group of manufacturers able to produce an authentic LS3/5A

Initially, Stirling Broadcast commissioned KEF to produce the B110 and T27 drivers, fundamental to the original LS3/5A, to the original specifications. However, in 2000, KEF finally ceased manufacture of these drivers and by 2003 all remaining stocks had been exhausted.

The discontinuation of the B110 and T27 left Stirling with a difficult choice: discontinue this famous speaker, or seek out alternative driver units. Thankfully, Stirling opted for the latter and in doing so, created the LS3/5A V2. 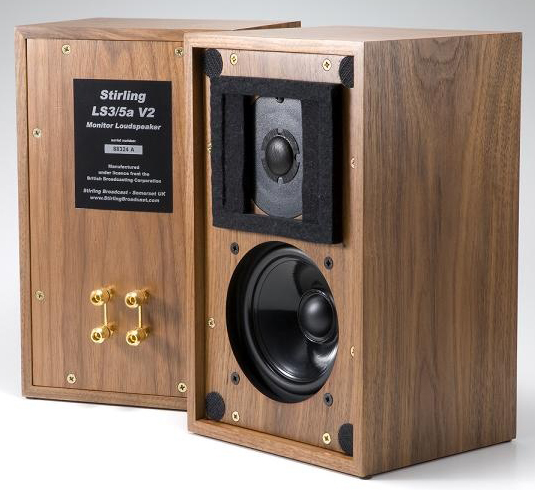 A new crossover design was created, which, in conjunction with proprietary drivers from SEAS and Scanspeak, mimics the response of the original KEF units. So closely has the original specification been followed, that the LS3/5A V2 is still permitted to be produced under the BBC license as a true LS3/5A. 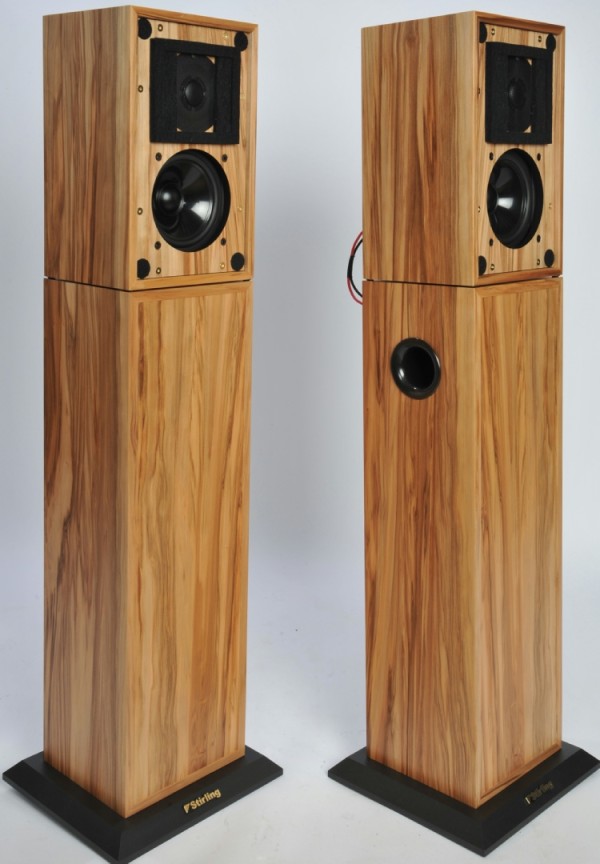 Few products in the Hi-Fi world possess the remarkable longevity of the LS3/5A loudspeaker; a genuine cult classic, perhaps it’s time you sampled the signature sound of an LS3/5A for yourself? As always, at Audio Affair, we’d be happy to arrange an audition for interested parties.