A powerful newcomer with the potential to ascend to a leader in its price range, Revel’s M16 Speakers (more convolutedly titled: ‘Revel Concerta2 M16 bookshelf loudspeaker’) come as a pair, with double the power of their. Tottering just shy of a ‘grand’ at £999, the set recently won itself five stars and top of the category accolade of ‘Best standmount speaker’ within the price range of ‘£750-£1000’ at the ‘What Hi- Fi Awards’ for 2018.

The Revel brand’s latest flagship set’s performance does not just end at winning awards; it diligently lives up to its newly-bestowed reputation as an product of excellence within its price range.

Delivering crisp, natural sound through its sturdy design, the M16 has a vast range of frequencies (low-mid range): notwithstanding a full two-way 6″5 speaker with a 1″ aluminium tweeter and 6.5″ aluminium cone woofer as part of its construction. Low distortion along with an uncompressed dynamic range (due to its bass-reflex technology and fourth generation accusing lens waveguides, this buoys the Revel set’s capabilities. The loudspeakers themselves are equipped with Performa3 technology. 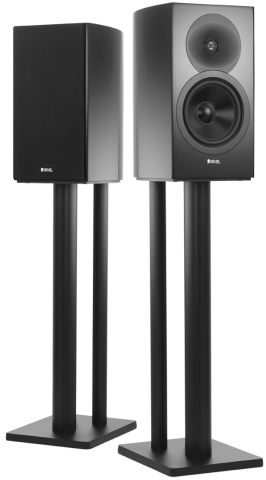 There are no fasteners on the exterior panels, but rather, the the addition of magnetic grilles with metallic brushed logos on the front of the speakers. Together, these add to the speaker set’s well-polished, properly-made feel, bolstering the overall quality of the M16.
Encased in a glossy-matte black finish (and an option of inverse glossy-white with black woofers), the pair of twin speakers are immediately bestowed a cosmopolitan, urbane mien. Though unremarkable in design compared to its other bookshelf speaker counterparts, it is the physical interior build and grade that garnered the hi-fi equipment its title. The features are somewhat accentuated through the products’ design. 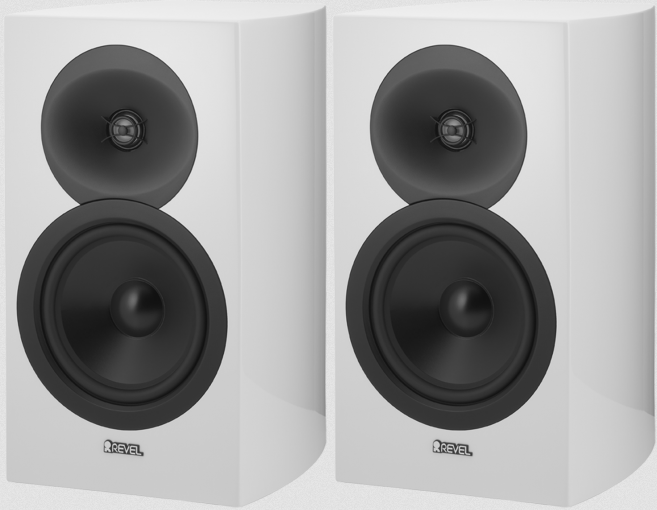 Top in its field, next to others

The Revel M16 won awards, but there are other speaker sets which Audio Affair stock that too earned recognition. At £329, the pair of Ruark MR1 MkII Active speakers won ‘Best Desktop Speaker‘, whilst the Audio Pro C3 Wireless Multi Room speaker garnered an award for ‘Best Wireless Speaker £100-£250‘, both equally valuable and efferent speaker systems.

Placed up there with the best company and the year’s latest winners for top performance, along with revel’s signature promise to quality that provides high-end stereo – as well as personal audio appliances and surround-sound audio speakers, the M16 finds itself in excellent, reputable hands. With a vast input of five-way binding posts, amp prowess of 50-120W and sensitivity of around 86dB, the speaker is carefully packaged in a 16lbs big and brash mega house of sound and power; a worthy choice for even the most vetted of hi-fi enthusiasts.

Read more on these and view the other winners of 2018 here.