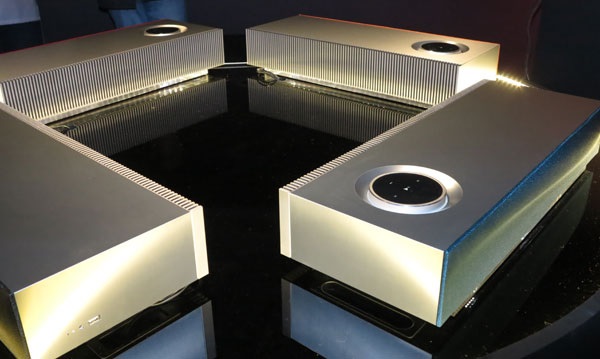 You’ve probably heard of the Naim Mu-So by now. It was creating shockwaves in the hi-fi realm long before it was even released (the number of back orders we had to wade through once it was released was insane), and it scooped several prestigious awards before the public even got a sniff. But have you ever wondered what is is that makes the Mu-So so special?

Those who have the answer to that question, of course, are those who have experienced the Mu-So for themselves: it’s all about the sound. Yes, it looks incredible. And the fact that the grille is now available in several vibrant colours only sweetens the deal. But what really matters is the sound… and just how unique it is.

The Mu-So is an oddity, in the extreme. It is Naim’s first speaker, and something of a bold (for want of a better word) direction for them to take. Naim specialise in all things streaming, and this all-in-one system is the first from Naim to also feature speakers. It is also worth noting that Naim have decided to design and manufacture the Mu-so completely from the ground up; it’s all brand new technology, nothing of which features in any other Naim product. It’s a completely different beast to any of Naim’s other products, all of which have impressed the pants off critics and customers alike – so you’d be forgiven if you were to assume that this was derived from, say, the SuperUniti which is technically an all-in-one system too, minus the speakers. But no, everything about the Mu-So is completely unique.  And that makes it a pretty big statement piece. 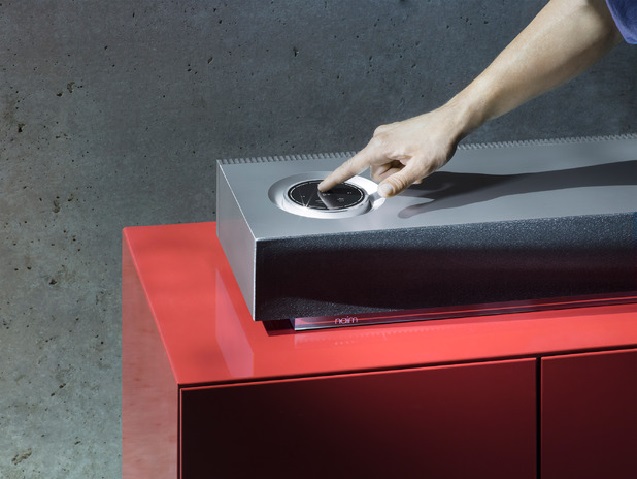 But has it paid off? In this case, yes. Without a doubt. Well established companies tearing up everything they know and hitting a fresh drawing board can often make people nervous – it doesn’t always work. But in the case of the Mu-so, Naim may well have set a new benchmark for their next series. Unless they decide to keep it as the lone wolf it is, of course.

So, we’ve established why it’s weird. But what about that sound? It hasn’t scooped the What Hi-Fi? Awards ‘Best Wireless Speaker £750+’ based on pure kudos alone. Lets put it this way: this is a system purely geared towards a non-physical format. Whether it’s playing internet radio (one of the thousands of stations it will have access to) or DAB+, whether it’s streaming site like Spotify (which it has built in, of course)  or even  streaming from a  PC, Mac or even NAS drive – it sounds excellent. It’s an attention grabbing, clean and dynamic sound that still sounds distinctly Naim-like, and despite the Mu-so’s demure size, it fills the room like a speaker twice its size. It’s incredibly simple to use too – some find that wireless systems can be a fiddly, but this one barely required a glance at the manual. 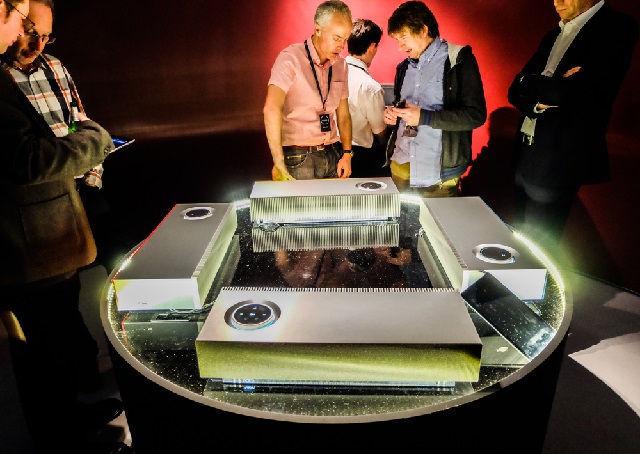 So, what makes the Mu-so special to us? Aside from the innovation, looks and sound: it’s a real game changer. The line between mainstream ‘lifestyle’ hi-fi and serious high fidelity is becoming evermore blurry – or perhaps the gap between the two is narrowing. We can’t really say. But what we can say is real hi-fi entering into the lifestyle market in such a stylish and accessible way is a wholly positive thing, and we can only hope that Naim are leading the way by taking such a strange yet applaudable step. High fidelity should be accessible to all – whatever their preferred source.