To begin with, the company only produced contract-based amplifiers. Leak’s own Type 15 amplifier launched in 1945. It achieved an incredible 15W output through employing a four-stage circuit, revolutionary ‘negative feedback’ design and KT66 valves. The Type 15 became the original ‘Point One’ classic stereo amplifier that evolved throughout the 1950s.

Over the years, Leak Hi-Fi created numerous other iconic products such as the TL/12 which were incorporated in many BBC buildings as an audio standard. The TL/12 was followed by the TL/12 Plus, TL/25 Plus and TL/50 plus mono amps to high acclaim in 1956.

Introduced in 1963, Leak Stereo 30 amplifier featured a “quasi-complementary germanium” transistor output stage. Following the success of Leak’s valve amplifier series, it retained the high-fidelity stereo performance that the brand had become associated with. Transistors were significantly cheaper to manufacture than vacuum tubes, making Leak more accessible and meeting the demands of the home hi-fi market. 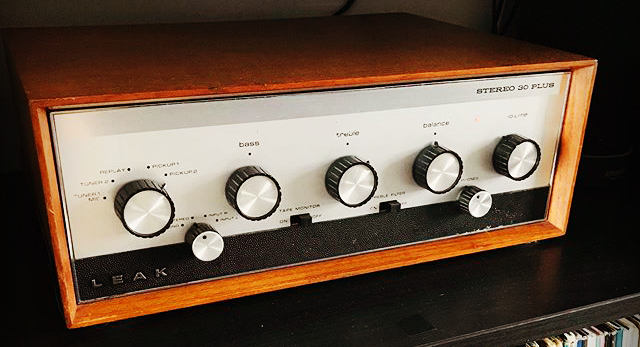 Coupled with the incredible demand for the Leak Sandwich speaker, this lead to the establishment of a Downham Market factory in Norwich. The Stereo 70 transistor amplifier came out in 1968 and utilised the classic 2N3055 transistors for the output stage satisfying the demand for higher powered transistor based solutions. The globalisation of the audio market saw the much-loved British brand succumb to international competition and mass-consumer production.

40 years later, Leak Hi-Fi was rescued by the IAG group and subsequently released two new products; the much anticipated Stereo 130 and CDT.  The new Stereo 130 was created in the shadows of the iconic 1963 ‘Stereo 30’ model. It offers all the standard features of a modern 21st century amplifier whist still in keeping with its historic roots.

The addition of digital inputs as well as analogue inputs on the Leak Stereo 130 makes it the perfect match for any modern audio lover. It has a built-in Moving Magnet phono pre-amplifier which allows for direct connection to record players. You can also stream music to the 130 from any Bluetooth device such as smartphones via new built-in aptX and AAC codecs. This means you can enjoy CD quality audio over wireless Bluetooth connection.

Inside is a digital circuitry built to the standard that you would expect of a high-performance standalone D/A converter; making it a very impressive integrated amplifier solution. The unit also includes current-feedback technology giving it amazing standalone headphone quality on par with standalone headphone amplifiers.

“The result is a dynamic, detailed and engaging performance with all manner of headphone types.” (Leak Audio)

Leak Stereo 130 also includes the iconic signature DIRECT switch bypass steps in the circuitry resulting in an extremely pure and uncompromised signal path. Vinyl users will be pleased to know the 130 offers high quality, low noise turntable input for all your record player needs while maintaining the high level of audio quality that the Leak brand is famous for. The 130 comes in either a modern and stylish silver or Walnut wood finish for a more classic look.

In addition to the Stereo 130, Leak Hi-Fi released the ‘CDT’ offering the highest quality playback available in CD format. On top of CD playback, Leak CDT comes equipped with USB playback for maximum connectivity options for the user and to bring the product into the 21st century audio market. The CDT features a digital clock controlled by a temperature-compensated crystal oscillator which ensures the digital output from both the coaxial and optical sockets has minimum digital distortion.

This allows the digital signal extraction to be exceptionally precise. The model reads a wide range of formats which allow for maximum flexibility when it comes to user formats making for a pleasurable listening experience. Again, like the Stereo 130 the CDT comes in Silver or classic Walnut finish making it the perfect fit for any style home or studio design. 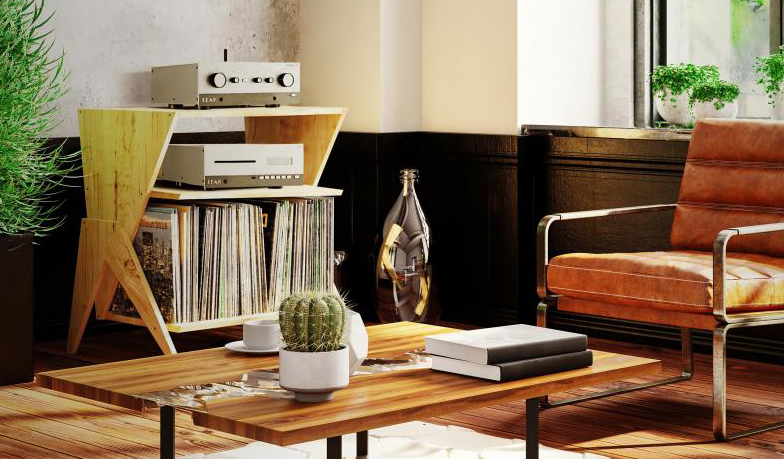 Leak have brought all the style and quality from the vintage range into the 21st century with the latest advanced technology and digital platform integration. The availability of these superb high end hifi components is sure to thrill both new and old Leak Audio fans.

To read more about these models, check out our Leak brand page. For more information on compatible formats for the CDT, see the full list on the Leak Hi-Fi website.