KEF LS50 wireless loudspeakers have quickly established themselves as one of the premium solutions for those requiring a compact, high quality, high-resolution music system; receiving numerous “10 out of 10” style reviews from the music press and widespread accolade and acclaim.

Now, the KEF LS50 wireless is available with a striking visual design from Marcel Wanders design house, as the “Nocturne edition”. 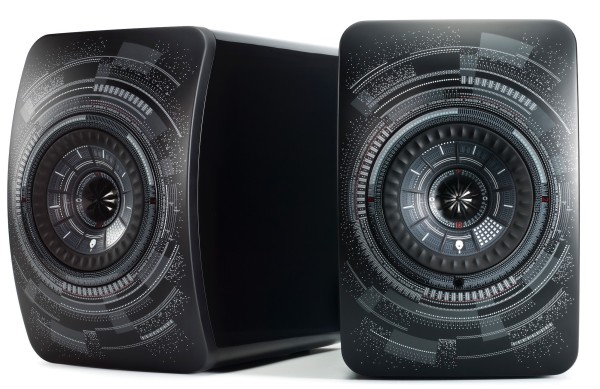 We’ll take an overview of everything which makes the KEF LS50 wireless so wonderful and unique, shortly; in the meantime, let’s talk about that striking and beautiful aesthetic design. The arresting Nocturne design, which can be seen emblazoned across both the cabinet and, uniquely, the speaker cone itself, comes from the Marcel Wanders design house. 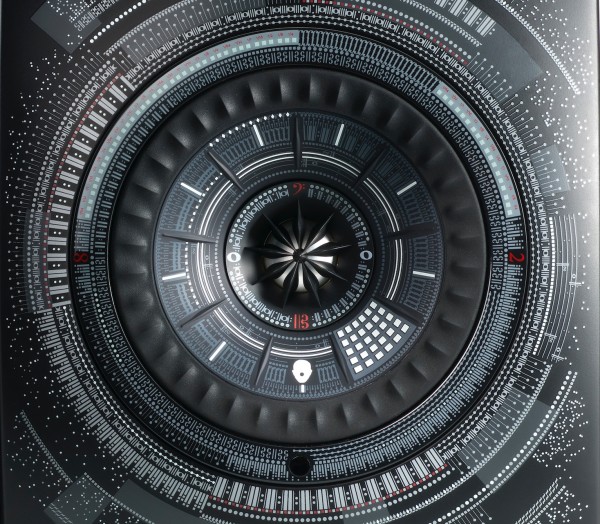 Marcel Wanders has created an extraordinary visual design for the LEF LS50 wireless Nocturne; clearly fusing design cues from the world of music (both classical and electronic) and the drama of a night-time cityscape. That drama is enhanced by “hidden” aspects of the design which glow in the dark.

Already a visually and sonically arresting design, the Nocturne edition of the LS50 Wireless, adds a beautiful and striking visual drama; guaranteed to be a talking point in your home, and no doubt, set to be a future collectible as part of KEF’s prestigious history of making some of the world’s greatest loudspeakers. 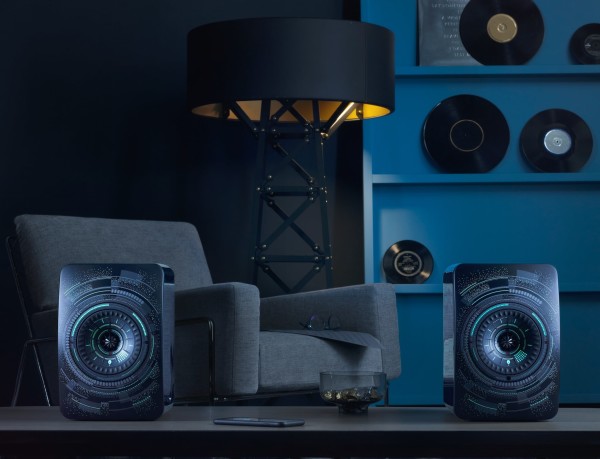 More than a pair of speakers – a complete Hi-Fi system

The wireless version of the KEF LS50 speakers, adds impressive active technology to the passive LS50 loudspeakers; loudspeakers which in their own right received a “5-star” rating from “What Hi-Fi”. The KEF LS50 was created to be a modern “monitor” loudspeaker, very much in the mould of the legendary BBC LS3/5a loudspeaker.

Cabinet construction, baffling and port shaping have all been optimised to provide “studio grade” levels of transparency and fidelity; coupled to the very latest generation of KEF’s legendary Uni-Q driver, the KEF LS50 is a loudspeaker system equally at home in the recording studio as it is in the living room.

The use of the Uni-Q driver allows the LS50 to provide a true “point source” listening experience, free from phase aberrations or “smearing” which can sometimes blight conventional, two-way loudspeakers. With the LS50 loudspeakers, the listener can sit anywhere in the room and enjoy the same effortless sound-staging and presentation.

The wireless version of the KEF LS50, adds more than just inbuilt amplification; the KEF LS50 wireless speakers can almost be considered as an entire, self-contained Hi-Fi system. Wireless connectivity, a built-in preamplifier coupled to powerful onboard amplification transforms the passive LS50’s into something very special. So much so, they earned a “Product of the year” award in 2107 from “What Hi-Fi” magazine.

Firstly, let’s look at the onboard amplification; each speaker is bi-amped with a powerful amplifier section offering 200w for the LF section and 30w for the HF section. This is then fed from a truly modern pre-amplifier design incorporating a stereo analogue input, an optical digital input and a USB connection for computer audio streaming. 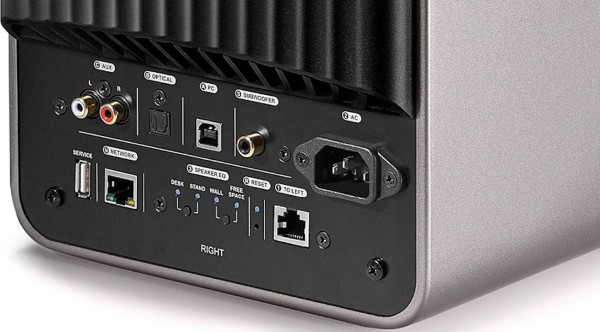 The onboard digital processing is designed around Hi-Res sources and is capable of running up to 24bit 192kHz resolution, depending upon the source. Wireless streaming using Spotify/Tidal etc. is simple, thanks to KEF’s own app; connect via Bluetooth or Wi-Fi and stream music directly to the KEF LS50 wireless loudspeakers.