Devialet Phantom gets upgraded and comes down in priceCategories: Speakers, Streaming

Devialet Phantom wireless speaker benefits from a wave of improvements for enhanced performance with a reduced price.

It’s not often in life one can expect more for less; with the latest revision to their remarkable Phantom speaker system, however, Devialet offers just that. More power, more volume, better amplification, for less money!

Let’s remind us of what made the original phantom so special, and what makes the latest phantom unmissable… 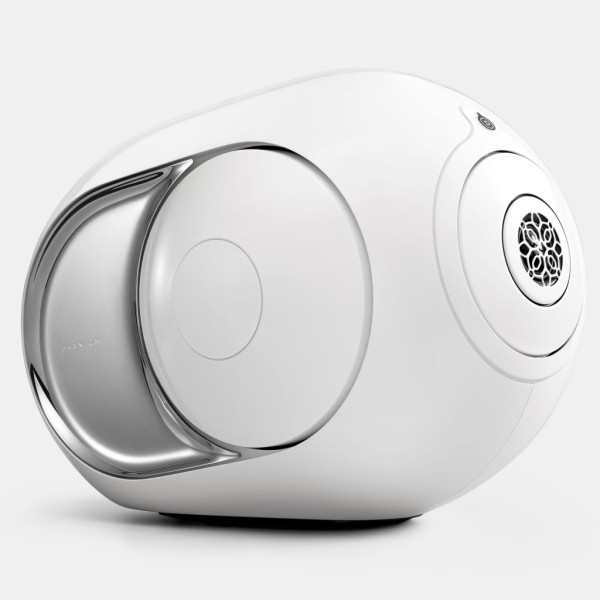 The brainchild of French Audio mavericks, Devialet, the Phantom was a self-powered wireless speaker, quite unlike anything anyone had ever seen before. 77 patented innovations and technologies were carefully crammed into the Devialet Phantom, ensuring out-of-this-world performance for this alien looking speaker.

In that time, the Phantom has gone on to be hugely popular amongst style-conscious customers who demand a big sound in a small stylish package. Now, with the latest round of improvements and revisions, that sound just got even bigger.

If ever there could have been a criticism of the Phantom range, it was that the range-topping Phantom Gold’s performance was so absurdly incredible, that it somewhat overshadowed its smaller sibling’s performance.

Whilst the amplifier technology has been updated, the core technology and function of the Devialet Phantom has remained much the same; and why shouldn’t it? The Phantom was already one of the most advanced wireless speaker designs the world has ever seen.

Phantom’s composite body and aluminium central core are wrapped by a glass-fibre filled polycarbonate. This is then clad in Phantom’s signature glossy, white, outer ABS shell.  The fusion of high tech-materials provides a stiff, dense, rigid enclosure; essential in taming resonances and extracting peak performance from the drivers. 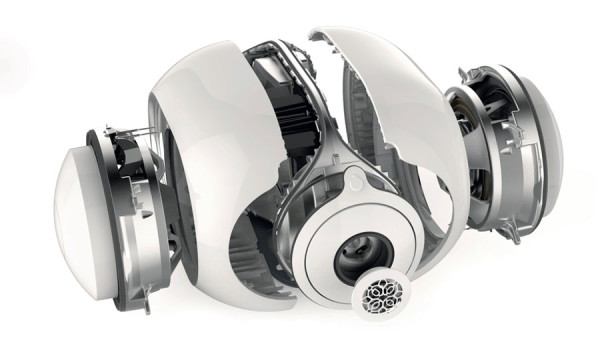 The drivers used in the Phantom, and the way in which they’re implemented, is again unique. Two woofers are mounted facing each other, with the mid-range and HF drivers mounted flush to the nose.

Nothing will prepare you for the impact, both sonically and visually, that a Devialet Phantom has “in person”. On a recent trip to Monte Carlo, your author was impressed by the big, full sound emanating from the bar’s sound system. Imagine the surprise when the sole source of audio was a single Devialet Phantom!

Phantom’s big sound can be enjoyed across the home, thanks to Devialet’s multi-room, multi-speaker wireless technology. Cast music to multiple speakers simultaneously for stereo sound with two speakers (for example), cast the same song to multiple speakers in separate rooms… The possibilities are huge.