A lot has happened in the last two decades in pretty much every field you can think of, but the changes in the world of hi-fi are perhaps a little starker than most! With a little bit of help from our friends at What Hi-Fi? we’ve taken a little look at the winners of the 1994 awards in comparison to this years winners to see what has changed… and what remains oddly the same.

It was the Pioneer PD-S703 that scooped the Best CD Player Award in 1994, praised for its stable platter and high grade transport mechanics which delivered an impressive sound. And if the hi-fi forums are anything to go by, it is still in regular use – and highly sought after! Now we have the very sleek  Roksan Caspian M2 CD Player as the best in its field, with a one piece optimised mother board, de-coupled mechanism and dedicated traaudionsformer/power supplies for reduced noise. The result is smooth, balanced and clear sound reproduction.

The title 20 years ago belonged to the Kenwood KA-3020SE Integrated Amp, which boasted CD, AUX and tuner inputs, as well as two separate sets of tape record/replay sockets, which allowed for a listener to listen to one thing whilst recording another. It was praised for delivering a clear and characterful sound. This year, the crown belongs to the Arcam A19 for the second year in a row! The tape functions have long been shed in favour of offering power to DACs, enabling it to act as a digital hub. It also features a MM (Moving Magnet) sound stage and a separate circuit for headphone amplification. A very good all-rounder. 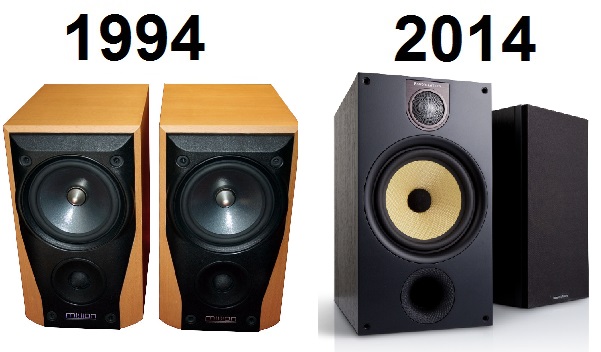 The very stylish Mission 780SE Speakers were thought to be the best of the best in 1994, lauded for their beautiful finish and impressive sound. However, if modern opinion is to be believed, it would take a lot of tweaking and running in for them to perform at the utmost. This year the title belongs to the stunning B&W 685 S2, which were closely followed by the Wharfedale Diamond 220and the Q Acoustics Concept 20.

The turntable that scooped the title 20 years ago was so good, it is still relevant today, despite barely changing since it’s original release in 1972! The Linn LP12/Lingo (additional power supply – the links are to the current models) won the hearts of the critics then, but it’s the fuss-free Rega RP3/Elys2 that reigns supreme today. pipping the Pro-Ject Essential II to the Product of the Year post.

Well, if you needed some proof music systems have come a long way since the 90s… the advancement of the system sums that up quite nicely! The Aiwa NSX-540 was the best of the best at the time, featuring a twin cassette deck, a 3 CD Player and a radio tuner, sat on top of a Digital Signal Processor amplifier. Now we have the likes of the Cambridge Audio Minx Xi, which offers built in streaming services such as BBC iPlayer Radio, Pandora and Rhapsody, wi-fi capability, Bluetooth AptX and Internet Radio. It also has AUX and RCA inputs for other sources. The only thing it has in common with the Aiwa is the FM tuner and the amplifier – a complete turn around for this type of product and synonymous with how people prefer to listen to their music these days!

In this instance, it was the Best Tuner (won by the NAD 402, top left) and Best Recorder (the Yamaha KX-580 – a tape deck – top right), both of which no longer have categories of which to speak. Although separate tuners are still in production, the category has since evolved to Best Radios. And as for Best Interconnects & Cables (won in 1994 by the Talk 3 Speaker Cable, bottom left), they are no longer on the awards list (despite the audio cable industry being as rich and virile as ever) and as for Best CD Upgrades (won by the Audio Alchemy DAC-in-the-box), that category has since expanded into a few different ones, such as DACs and Accessories.

One of the most significant changes over the last 20 years is apparent when you look at just how many new technologies there are – and how many new genres of products to be enjoyed. Yes, we may well have done away with tape decks and our all-in-one systems are barely recognisable two decades on, but seeing as the number of categories has expanded from ten to a mighty 24, it summarises just how far we have come!

We won’t go into all of the winners of the newest categories, but here are some of our favourites. Yes, some of them are runners up, but they’re still out champions!

The Q Acoustics Media M4 – is the winner of one of the newest categories as Soundbar of the Year. A superb soundbar and every bit deserving of this honour. 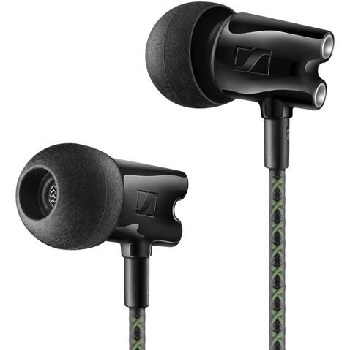 Another very new category reflecting how in-ear phones have really stormed the market, enough to have a category separate from the Best Headphones one. Sennheiser IE800 are the Best Earphones £300+. And for the second year running! Not that we’re surprised… 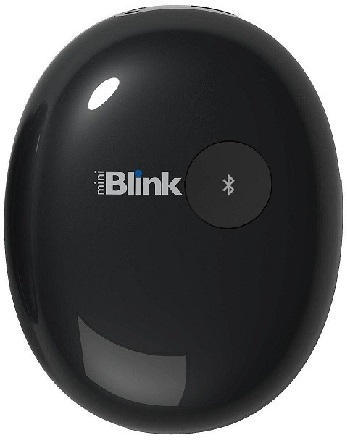 Accessories eventually became too prominent not to enjoy a spotlight all their own, and here we have the  Arcam MiniBlink, the Best Wireless Streamer. By far one of our favourite products. A great value streamer which, like the Naim Mu-So proves that wireless speakers are real hi-fi, and mobile! 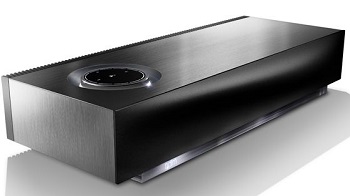 Does anything speak greater volumes about how far we have come than a wireless speaker? The Naim Mu-so Wireless Speaker System, the Best Wireless Speaker £750+ proved to all naysayers that wireless speakers can be truly hifi, scooping the award in this category and pleasing critics and customers all over. It’s one of our favourites things (ever!) and is the true epitome of modern hi-fi.

There’s a lot more to it than that, but I think we’ve made it pretty clear just how far we’ve come. All of the original winners still hold their own and many are still highly sought after products, but in terms of features – you really can’t beat the new influx that the last few years have brought with them. Remember to check out the award winners section of our website, if you fancy moving with the times too!