In a first for JVC, their new set of 4K native projectors are new territory for the wide-ranging technology company, often known for dabbling its hand at virtually all areas of home and business technology. Sitting above the current DLA-X5900, DLA-X7900 and DLA-X9900 models which offer excellent HD 1080P images, these new 4K projectors sit above these models and aside from JVC’s £35k DLA-Z1 laser projector, these  new models are JVC’s first native 4K projectors.

All three models have motorised zoom and focus (2x), a diverse set of input connectivity (WXGA, XGA, W/SXGA, S/VGA, HDMI), reasonable power consumption, Clear Motion Drive which supports 4K60P (which is a signal that allows significantly improved moving imagery when compared to previous iterations) – alongside, secondly, a Matrix 6-axis CMS (Colour Management System). Finally, the three share the same output – which is a 3D sync in the form of a Mini DIN 3-pin. Whilst the units are to be celebrated as a technical achievement for JVC – and a first in their range – there are jumps in brightness and other specifications and separate the flagship DLA-NX9 from the DLA-N7 and this from the entry level (but still hugely capable) DLA-N5. 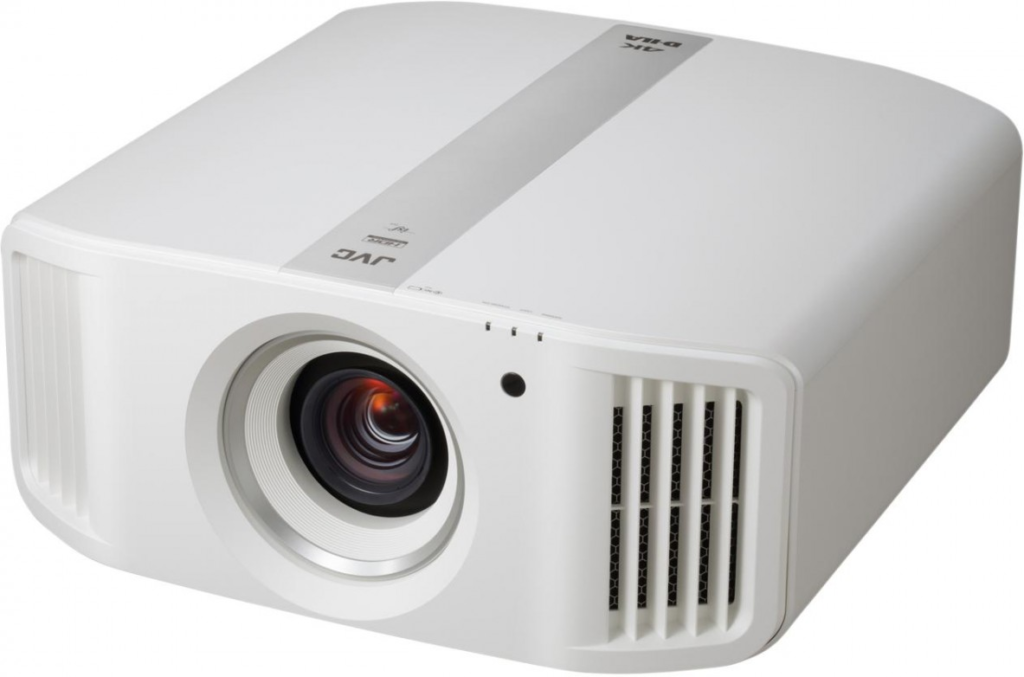 The lower end of the range begins with the N5, with 400,000:1 as its contrast ratio, lumen brightness (1800), as well as its 65mm diameter lens (all glass; shared with the N7). Additionally, automatic HDR, nine separate picture setting models allow fine tuning for different environments, and LLM (Low Latency Mode) delivers faster display response times from gaming consoles and PC’s. Unlike the N7 and NX-9 this model is also available in white as well as black, giving you the option of it blending in better in white rooms (perhaps JVC assume the N7 and NX9 are more likely to go into darker dedicated cinema rooms?) Additional features on this model carried over to its brothers include BT.2020 colour gamut (the mainstay for Blu-Ray UHD discs), a mini-jack ‘trigger’ (DC12V/100mA), RS232C control (d – Sub) and an observable lens-shift of + / – 80 / 34 % vertically and horizontally

Even as the base model, the N5 still benefits from the top-end ATM (Automatic Tone Mapping) that the highest-ranked setup benefits from. This means even the most faded imagery can be livened-up from the base unit through to the top end projector. Light handling is undoubtedly well-practised on all three of the units, too, as the aforementioned hardware specifications mean that concentrated areas of HDR light can be well-handled.

For a “modest” price increase over the N5 (certainly nowhere near the jump from the N7 to NX9), this model offers, the N7 offers native contrast of 80,000:1 (compared to 40,000:1 on the N5) and a brighter 1900 lumens (compared to 1800 lumens on the N5). This may not sound like a lot, but HDR 4K content benefits massively from additional brightness for the images to really “pop” and we expect – despite the price hike over the N5, for this model to be the most popular in the range. 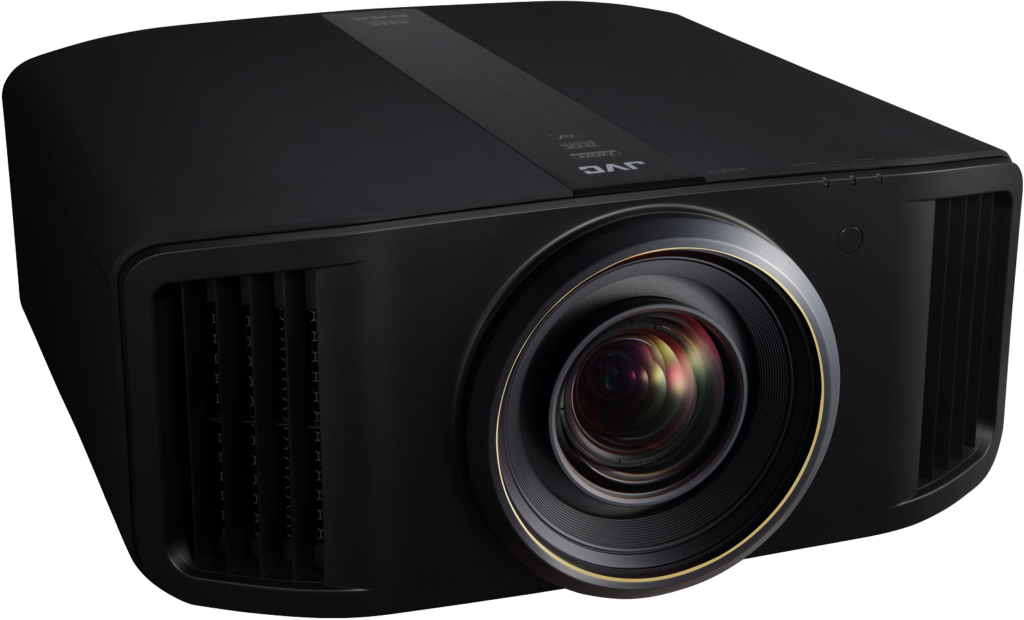 This flagship projector carries an equally flagship price, however even at this price, its abilities are considerably impressive compared to the competition. Alongside native 4K resolution this model also features 8K eShift (upscaling of HD and 4K images effectively to 8K) a hugely impressive 2200 lumen brightness and perhaps most sigificantly this model features a larger more sophisticated lens. Why is this significant? Well, if you think about taking photos on a D-SLR camera, the quality of the lens is fundamental in getting the best quality images. Its no different with projecting images and the quality of the lens on this model is a leap up from the N5 and N7. The differences even without 8k eShift are visibly apparent. The only question is whether you can personally justify the outlay over the N7. Having said that, we’d be hard pressed to notice a difference between this and the £35k DLA Z1 which says a lot for this projectors abilities at roughly half the price.

Why choose one of these new models?

We’ll have one or several of these models on demo in our showroom when they’re released – please contact us to arrange a demo. In the meantime, you can read more on our website